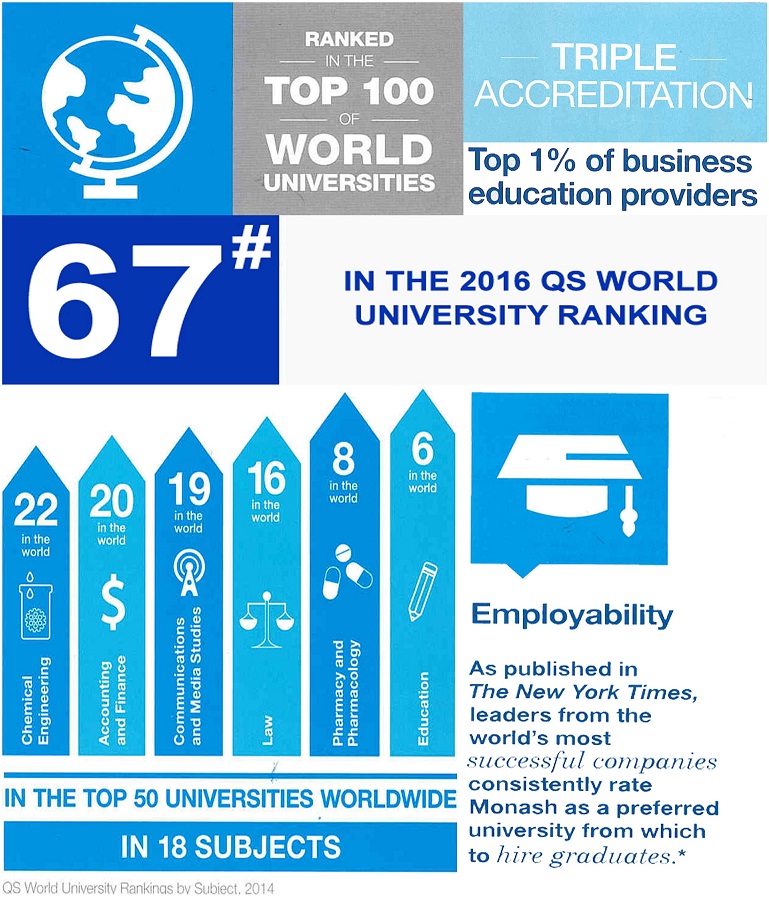 1) The BEST university in Australia for engineering and techonology (Times Higher Education, 2016-2017)

2) The BEST university in Australia for chemistry (Academic Ranking of world Universities, 2015) 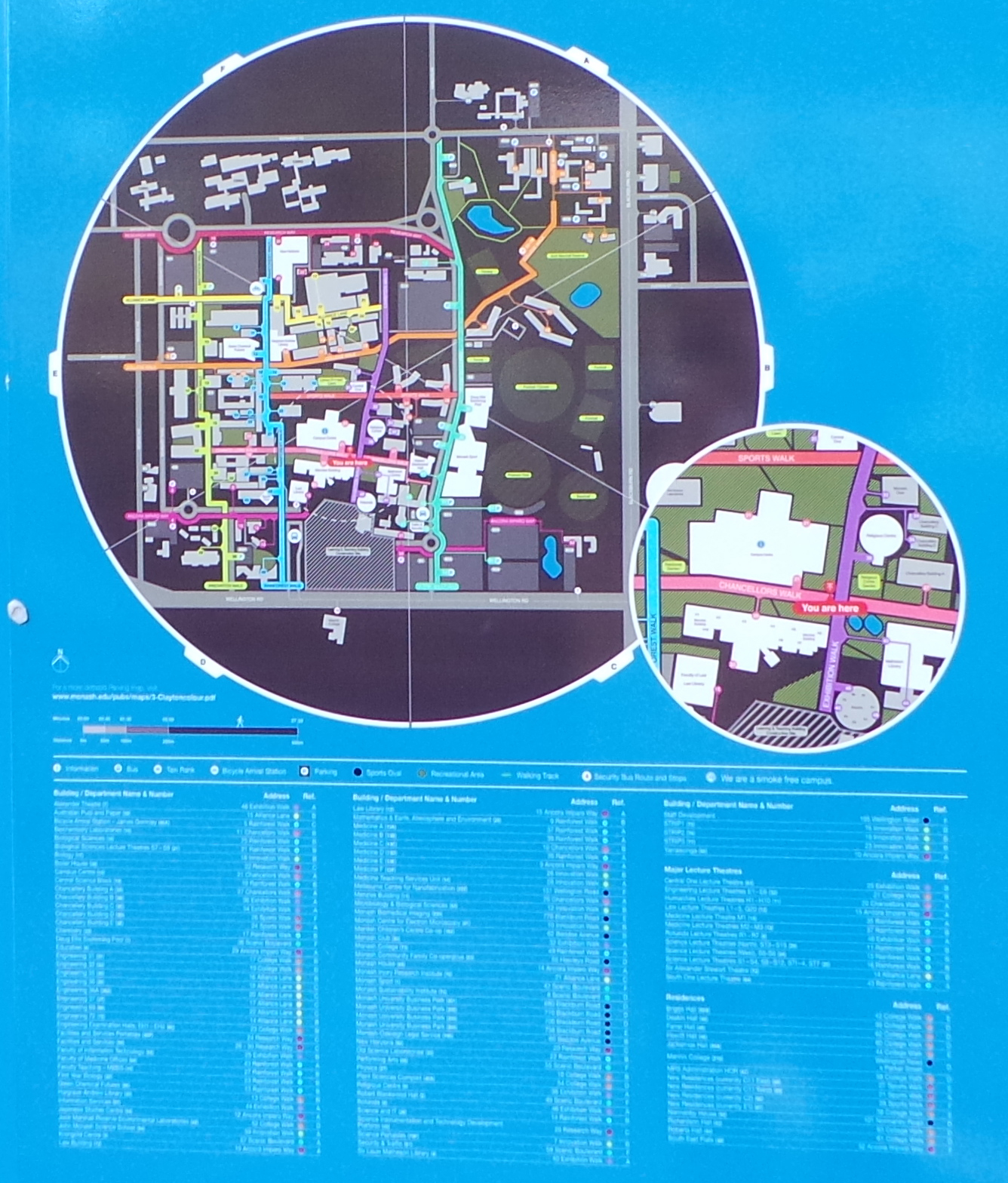 Some of the Subject Areas offered:

Monash is a prestigious member of the Group of Eight, recognised for their excellence in teaching and research. Group of Eight universities produce graduates who find full-time employment sooner, start withhigher salaries, and are more likely to move onto postgraduate studies than graduates from other Australian universities.
Monash has grown into a network of campuses,education centres and partnerships around the world. With approximately 60,000 students  from over 170 countries,Monash is today Australia's largest university.
The University offers a broad selection of courses within 10 faculties: Art, Design and Architecture; Arts; Business and Economic; Education; Engineering; Information Technology; Law; Medicine, Nursing and Health Sciences; Pharmacy and Pharmaceutical Sciences; and Science.
Monash programs such as Law, Medicine, Architecture, Engineering, Physiotherapy, Health Science are recognised in Singapore. To find out more contact us at 61009800

1) The BEST university in Australia for engineering and technology (Times Higher Education, 2016-2017)